Contact the company
Website
Share
Zanotta is one of the best known Italian companies in the world, boasting a rich and heterogeneous collection of design products, from sofas to beds, from chairs to tables, up to furnishing accessories. Founded in Nova Milanese in 1954, it immediately conquered the international design scene, thanks to its founder Aurelio Zanotta, to whom great entrepreneurial skills must be acknowledged: Zanotta created and spread true design icons on the market, emblematic products for design but also for technological innovation. Thanks to the collaboration with some of the most illustrious masters of design, some of Zanotta's furnishings are now part of the history of Italian design and are exhibited in numerous museums around the world.
There have also been numerous awards and recognitions: Compasso d'Oro selection in 1991 for the Joy bookcase by Achille Castiglioni, M. I. A. Gold Medal in 1971 for the Quaderna table by Superstudio group and Compasso d'Oro selection in 1970 and BIO 5 Ljubljana award in 1973 for the iconic Sacco armchair by Gatti-Paolini-Teodoro.
The birth of Zanotta's furniture is made up of various phases that go from the idea to the creation of a prototype, followed by discussion and verification of every detail, all in close collaboration with the designer. The production is 100% Made in Italy, and takes place mainly inside the Nova Milanese factories, which have an area of about 16,000 square meters, except for some models that are entrusted to external but always Italian suppliers.
The distribution is entrusted to a large number of dealers, more than 800 worldwide.

In 60 years of life, Zanotta can boast a production of over 500 products, objects designed and made to last and to resist the passing of time and fashion. The initial production was concentrated on sofas and armchairs, but distinguished itself from the traditional handcrafted production that took place in the workshops and raised to a more cultured level of design.
Afterwards the company has taken new paths, dedicating care and attention to new technologies and new materials and establishing collaboration with designers and great designers. In the Seventies, thanks to the collaboration with the father of Italian rationalism Giuseppe Terragni, objects such as the Sant'Elia armchair, the Lariana chair and the Follia, which for years has been the icon of the brand, were born.
In Zanotta's catalogue there are still objects from the past that are still current, historical pieces that have now become part of Italian design. Zanotta has always used a bit of gambling and creativity, combining the desire for innovation with a conscious look at the past. For example, the Sella stool, by the Castiglioni brothers, is a simple object in itself, but certainly innovative and perhaps a little irreverent: a bicycle saddle fixed to a metal rod on a tilting base. Again from the collaboration with the Castiglioni brothers, the famous Mezzadro stool was conceived and produced, and the futuristic "Allunaggio" stool paid homage to the first man's landing on the Moon, which in 2019, on the occasion of the celebration of the 50th anniversary of that event, was re-proposed in a new, unprecedented finish.
For some Zanotta products on display in museums all over the world, the boundary between design and art becomes really thin: in our age when every object has a very short life and furniture turnover is fast, objects such as Mezzadro, Sciangai, Quaderna, Tonietta, Leonardo, on the other hand, remain forever brilliant and always up-to-date.
In the 1980s Zanotta decided to collect a series of visionary and experimental objects in a collection initially called Zabro and then merged into Zanotta Edizioni: objects in limited editions, thus free from the constraints imposed by industrial production, with a handcrafted flavour, the result of the design of designers such as Bruno Munari, Alessandro Mendini, Ettore Sottsass and Riccardo Dalisi, who in 1991 was awarded the Compasso d'Oro Honorable Compass Award for his "strong cultural depth".

Mentioned everywhere among the 10 objects that have changed the history of design, the Sacco armchair has just turned 50 and does not show them at all! An object still fresh and young, now copied in many versions, really has an innovative force in itself that makes it one of the most ingenious products of design as well as one of the most representative of Italian genius.
The idea was simple, but not trivial: to create an armchair that did not have a well-defined shape able to stick to the body and follow it in its movements, but always offering a comfortable seat. To do this, the three Turin designers Cesare Paolini, Franco Teodoro, Piero Gatti, thought of a "sack" in the true sense of the word, filled with small polystyrene balls. The result is an armchair, if we want to call it that, light, informal and versatile, an object on which to sit, lie down, sleep, read, play. The prototype was presented to Zanotta in 1968, which, after a period of study and analysis, decided to put it into production. Its "deconstructed" nature breaks the mould with the past, is immediately popular with the young protestors of the 60s and becomes a worldwide success. Still produced today, it is available in different sizes and finishes.

Zanotta for sale online on Archiproducts

In addition to the dense network of physical retailers, Zanotta also has an online resale presence on the Archiproducts e-commerce platform: many products, now icons of design, to buy directly online. ... More ... less

Armchairs and chaise longues designed to combine comfort and ergonomics

From icons to new proposals. Furniture solutions dedicated to sharing and conviviality 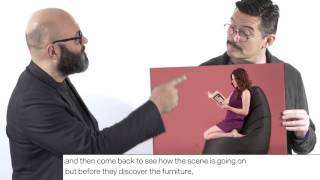 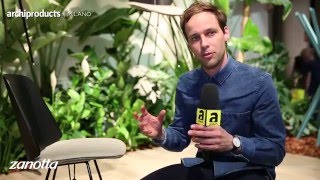 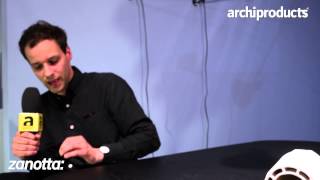 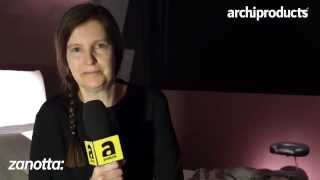 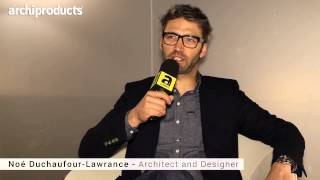 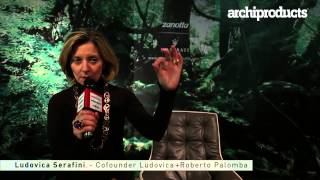 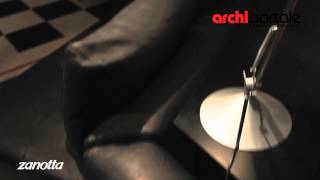 Subscribe to our newsletter! Get promotions, inspiration and the latest news about brands and products directly in your inbox.
Follow us on
© 2020 Archiproducts.com - P.IVA IT05611580720 - ROC 21492 | REA BA 429007
Privacy Cookies Terms and Conditions of Use RSS News RSS Products Site Map
This website uses technical, analytical and third-party cookies, in order to send you advertisements in line with your preferences. For further information about cookies read our Terms of Use. By closing this message, scrolling this page or clicking on any of its elements you are giving your consent to the use of cookies for the purpose described above.
91在线观看